Songs for Autism and Developmental Disabilities – About the Artists

“When the story of these times gets written, we want it to say that we did all we could, and it was more than anyone could have imagined.”  ~ Bono

The talented artists involved have all generously lent their voices to this initiative. We encourage you to visit their websites and learn more about them. Here’s a bit of information on each artist as well a link to their website where you can find more information.

Susan Levine – “So It Goes” 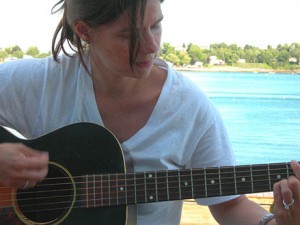 Songwriter Susan Levine draws stories from the roadside of a life full of contrasts. As a traveler, a waitress in Santa Fe, an actress in New York, a Harvard graduate, a music therapist and a mother, Susan chronicles the emotional and physical landscapes of the in-between, the haves and have-nots, the loved and the abandoned, the sad but hopeful. 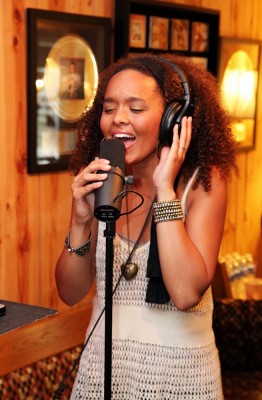 Kesleah has been singing since she was three. At the end of her sophomore year in high school she was offered the chance of a lifetime. Her vocal coach set up an interview with Jamie Kiner of Word Records. She went to the interview, sang for her, and the next thing she knew she was invited to spend an entire week in Nashville writing songs and recording demos with the pros!

Little did she know that week would change her life forever. On Friday of that week she performed and interviewed for their entire panel, including the president of Word Records, and on her way home she got an amazing phone call saying they wanted her to sign with their label. Since then she’s been working on her debut album. 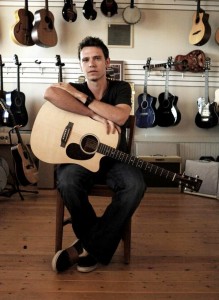 Anthony Salari (rhymes with canary) is a singer/songwriter from Las Vegas. After competing and eventually taking first place with an original song in the “Say You Wanna Play” contest held on YouTube, Salari was invited to perform at the 2009 NAMM show. Realizing this great opportunity, Salari hit the studio and recorded a four song EP which was then independently released and distributed to industry professionals during his NAMM event.

Following his performance at the NAMM show and subsequent gigs around Las Vegas–including the House of Blues—success soon followed. Salari’s songs have been used on a number of television shows including MTV’s “Realworld” and “Roadrules,” on E Network’s “Keeping Up with the Kardashians,” on Cartoon Network’s Adult Swim comedy “Children’s Hospital,” on Oxygen’s “Bad Girls Club,” and ABC’s “The Lying Game.” While several of his songs have been selected for television, his song “Stupid Pretty Girl” has received the most exposure, having been featured on NBC’s “Parenthood,” and now on ABC FAMILY’S “Jane by Design.” Visit artist’s website…

Minnie Murphy – “Do What You Gotta Do” 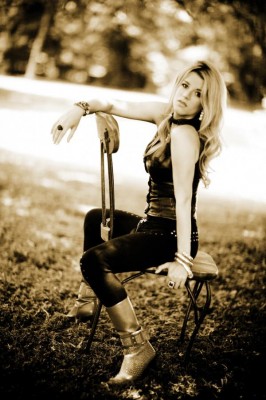 The X Factor is what makes an artist appeal to us on a personal level – it’s that indistinguishable, unquantifiable property that some artists, no matter how talented, will never have. From others it simply overflows.

Minnie Murphy is one of the others. Sassy and sultry, when she sings she bleeds emotion, and listening to her croon out a jazz-infused “Tennessee Tango” is nothing short of a stirring experience. This is an artist who deserves to be heard over the chatter and rumbling of the rest of the newcomers.” … Jim Malec – Music Critic. Visit artist’s website… 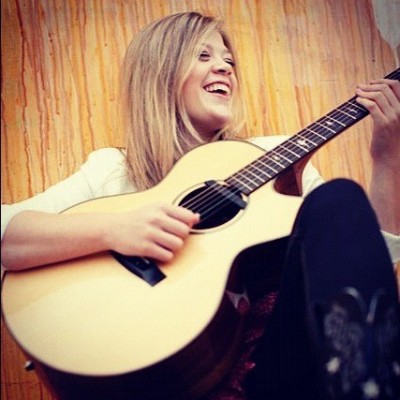 In the short time since her graduation from Boston’s renowned Berklee College of Music, singer-songwriter Liz Longley has assembled an impressive resume. While best known for her stop-you-in-your-tracks voice, Liz has steadily developed a reputation as an accomplished songwriter, crafting intimately personal portraits through her music.

In the past two years, Liz has taken home top prizes at some of the most prestigious songwriting competitions in the country, including the BMI John Lennon Songwriting Scholarship Competition, the International Acoustic Music Awards and the Rocky Mountain Folk Fest Songwriting Competition.

A Philadelphia native, Liz recently moved to Nashville, Tennessee where she has quickly made her presence known throughout Music City. In addition to writing more than forty songs with some of the best songwriters in the business, Liz has also managed to keep up her seemingly never-ending touring schedule, playing over a hundred shows in the last year. Visit artist’s website… 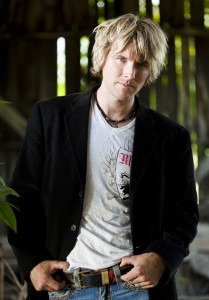 As a teenager Brandon Lepere was voted Junior Male Vocalist of the Year by the National Country Music Association. Shortly after winning this prestigious award, Brandon took himself off of Nashville’s radar, until recently. Although grateful for his early success Brandon says felt he felt a need to discover his own musical identity before pursuing a full fledged career. In 2008 Brandon returned on the scene, this time as a seasoned professional. After years of making his living playing the clubs and creating his own unique style, Brandon decided he was ready to share what he had been up to with some friends in Nashville. The results were immediate and positive.

He received an invitation to perform on CMT’s weekly program Billy Block’s Western Beat, followed by a showcase performance at The Cadillac Ranch on Broadway, in downtown Nashville. Brandon’s back up band for this show was a trio of studio aces known in the Nashville music scene as “The Three Kings” aka Jason Aldean’s studio and touring band. His next break came when “The Three Kings”, hearing something special in Brandon, offered to produce him. The result of that session can be heard on Brandon’s latest release and he’s been turning heads and winning hearts ever since. Visit artist’s website…

Kortney and Dave – “Because of You” 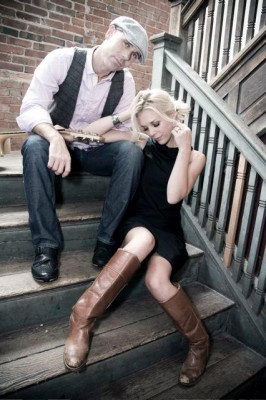 We’ve met the Wilsons, watched them flip out, and they’ve taken our requests. Now, Kortney & Dave are back in the forefront with new music. With three – yes, three – hit shows on CMT Canada, they felt it was time to get back to doing what they love the most, performing for their fans.

“We always saw the TV success as a great way for our fans to hear our music. But, we are still two kids who moved to Nashville to write songs and play music and it’s time to get back to the heart of it”, says Dave.

Kortney & Dave arrived in Nashville within a week of each other from their native Ontario, both pursuing solo careers. As fate would have it, they met each other soon after at Deric Ruttan’s farm. As the old saying goes, they have been inseparable ever since. After both testing the waters with solo projects, they felt their true musical harmony was with each other and so was born The Wilsons. Visit artist’s website… 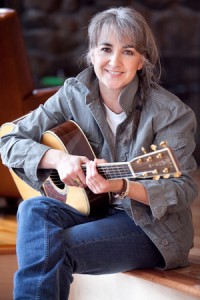 In addition to writing “We’re Just the Same” Terry also provided songwriting consultation, recording/production of vocals on: ‘So It Goes, ‘Over and Over’, and ‘A Good Day’.

Her experience writing for the short form commercial format has been expanded to include original instrumental compositions for film and television soundtracks. Both her singer-songwriter and instrumental works have earned licensing agreements including gigs for commercials, independent film, and US and Canadian television programs, documentaries and reality shows that air on networks including ABC, NBC, PBS, The Weather Channel, Planet X and Canadian Networks. Visit artist’s website… 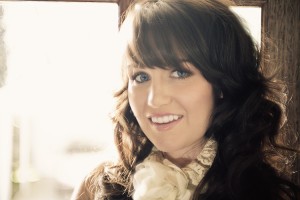 At age 23, Nashville recording artist Whitney Layne is taking country music by storm. She just completed her debut album This is My Song , working with some of Nashville’s finest singer/songwriters, artists, and producers.

Whitney, who is wildly charismatic on stage with all ages, is taking her new album on a nationwide Fast Layne Tour, showcasing her powerful, soulful voice described as a blend of Bonnie Raitt and Jennifer Nettles with songs that are both passionate and reflective of everyday life.

Her Fast Layne Tour is a follow-up to her successful multi-state/city tour opening for crowds as large as 30,000 for Kellie Pickler, Josh Gracin, Lorrie Morgan and Charley Jenkins. Whitney’s career has been filled with accolades since first stepping on stage at age 4. Visit artist’s website…

Viki Gayhardt – “Over and Over” 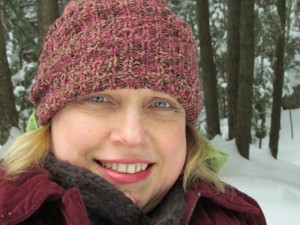 Viki Gayhardt is a singer/songwriter who had put away her microphone and guitar for many years between work, raising a family, and having two children diagnosed with autism spectrum disorder.  Her songwriting resumed in earnest after returning to college and a class assignment required her to connect music with her community. She’s been writing ever since.

Gayhardt’s vocals are passionate, sometimes raw, and the driving force of her performance.  Her lyrics are heart-felt, brutally honest, relatable and have been compared to the early work of Joni Mitchell and Lori McKenna. Every one of Viki’s songs has one or two of those ‘gem’ lines that songwriters notice. “There is a definite poetic voice that comes through and is consistently there in all her songs that has something to do with connection, dreams, and meaning in the face of compromise” says singer/songwriter Dwight Phetteplace.  Visit Artist’s website…

Special thanks to the following people for their support and expertise:

Dan produced song demos for MegaHit songwriting team,  Barry Mann & Cynthia Weil, (writers of: “On Broadway”, “You’ve Lost That Lovin’ Feeling”, “Somewhere Out There”, 100’s more);  and then went on to produce and co-write country artist,  “Dave” for Lyric Street Records, and is currently producing and writing for country duo, “The Wilsons”, and for the CMT reality series, “Meet The Wilsons”. 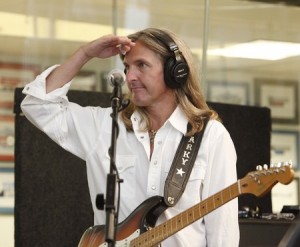 Mark ‘Sparky’ Matejka joined Lynyrd Skynyrd to complete the attack trio of guitarists the band is famous for. Mark has had an illustrious career with the likes of the Charlie Daniels Band, Hot Apple Pie and Heartland.

He wasn’t a stranger to Skynyrd and is credited on their ‘Christmas Time Again’ album as playing guitar and for vocals. Mark has a degree in Jazz and also plays the banjo. Visit artist’s website…